One of the more common projects is to heat water (or some other liquid) from a random cold temperature to a desired working temperature. The inevitable discussion occurs with your boss or the customer regarding the usual items – schedule, scope and costs.

If you are lucky, the customer has properly identified the scope of the project. He has adequately determined the variation of the process input temperatures and flow, variations in the heating media, identified the economic value of maintaining a specific temperature or incremental losses due to off-spec temperatures and identified potential future uses and changes for the output of this process. He would also have properly identified reasonable capital costs and provided adequate lead time for this engineering process.

Dream on! The majority of projects seem to be “We are tight on the schedule, we needed the control design done yesterday”. “Oh, by the way, this was an oversight so we don’t have any budget identified for the control equipment, so the cheaper the better”. “You may want to talk with the Project Scheduler so we can keep your costs in tow”. “All of the information you need is in the plant documentation files”. “The Process Engineer has already bought all of the control elements so you may want to talk with him”.

In subsequent discussions with the Project Manager and Process Engineer you find that a closed tube and shell heater (a heater in which the heating and process fluids do not mix) has been ordered. The heating media will be steam and condensate drips will be removed from the shell by pump. The process fluid is water and the final users/process will control the water throughput. The heating steam admission valve and process water flow valve have been procured. Both valves were purchased with trim linearized within the process piping. The downstream process that uses the heated water is proprietary and if they tell us about the process they will likely have to shoot us. 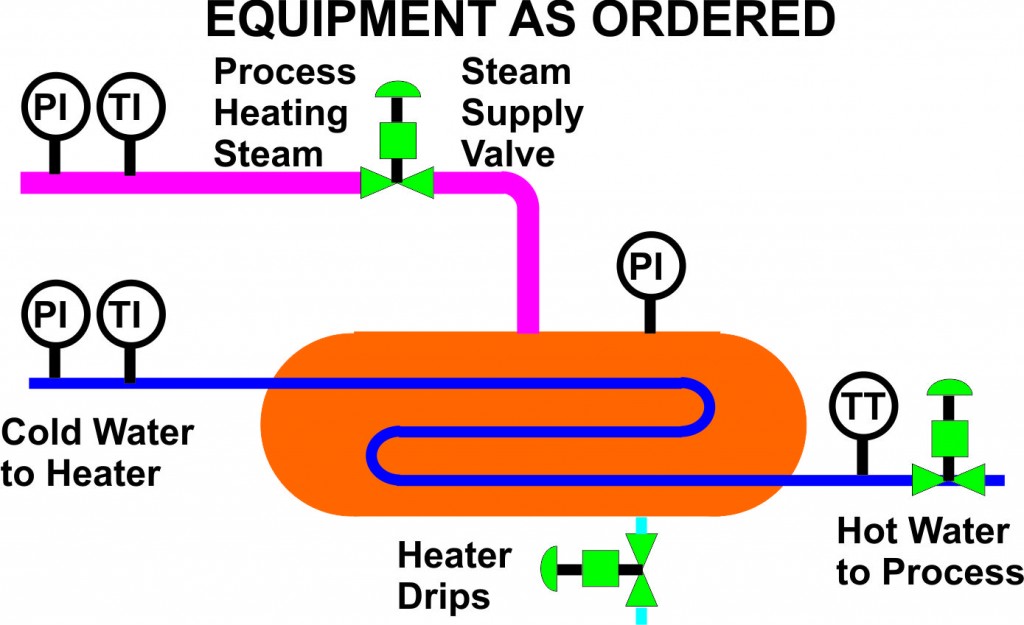 The system as ordered appears relatively simple. Following the instructions as requested by the customer, a simple (cheap) control system was created. The temperature of the water exiting the heater was measured, compared with an Operator adjustable setpoint and the Heater Steam Supply Valve is manipulated to control the water outlet temperature. 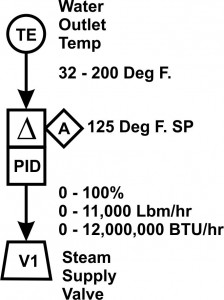 The system is commissioned and tuned and it appears the customer is initially satisfied that the control system is working as requested. All is good and it is time for a beer.

Six months later the customer calls and is now unhappy with the system performance. They have performed testing and some areas of opportunities were identified.