As we noted in the last blog, the customer has told you he is unhappy with the temperature control of the process water. After signing a telephone book of nondisclosure agreements the customer has offered additional information regarding his process.

During the past months of operation they have been able to characterize the efficiency of the process in which the steam is being used. They inform you that the water is being used to supply a bioreactor with process water. In addition they have provided you with charts that indicate the process efficiency versus the water temperature presented to the bioreactors and Piping and Instrumentation Diagrams (P&ID). 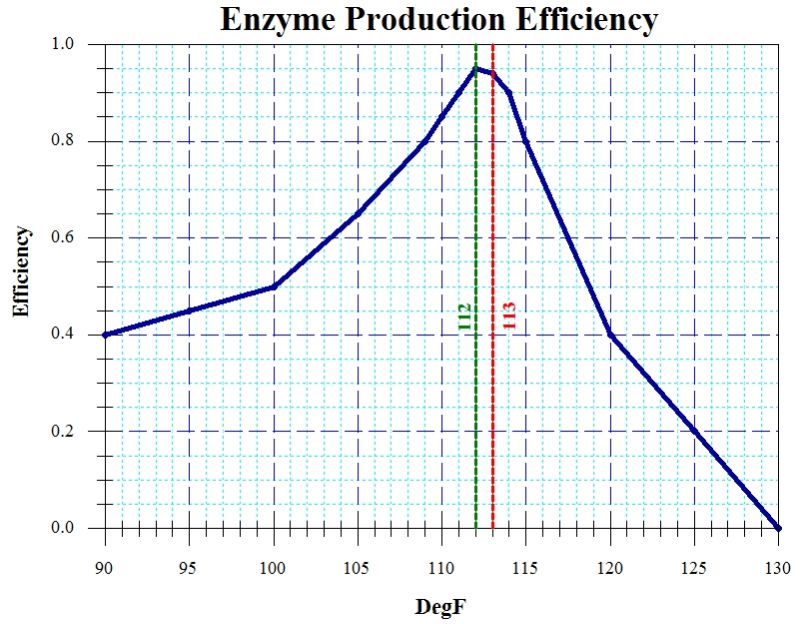 We also note that the customer has identified that the best operating point is at 112 degF and the production efficiency falls off significantly both above and below this target temperature. The enzyme reactants are expensive and it is in their interest to minimize the waste and costs by more accurately controlling the temperature. 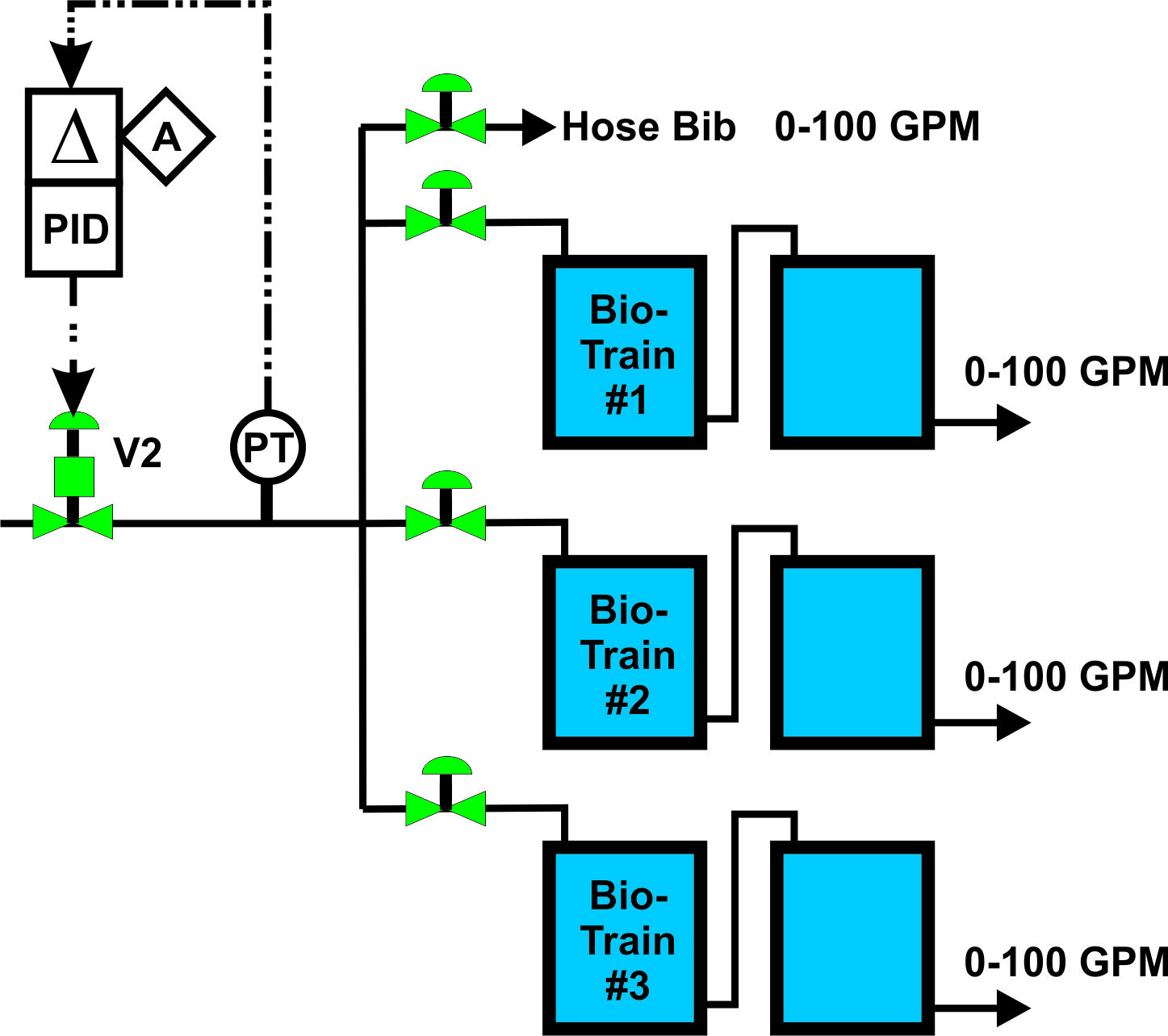 Also it was noted that the usage by the reactors was inconsistent and changes in the flows were causing a sluggish response in the final temperature. When one of the reactor trains is placed into service or removed in service, the flows would dramatically change and the spikes in temperature would waste reactants. They needed a mechanism to properly respond to these changes in demand. They also remind us that their operational budget does not necessarily have lots of money available for any changes – so the cheaper the better. So we decided to track the position of V2 (the water flow control valve) and feed forward that signal to the steam valve V1 to minimize anticipate the demands for the steam heating requirements. As a result the following control scheme was provided. 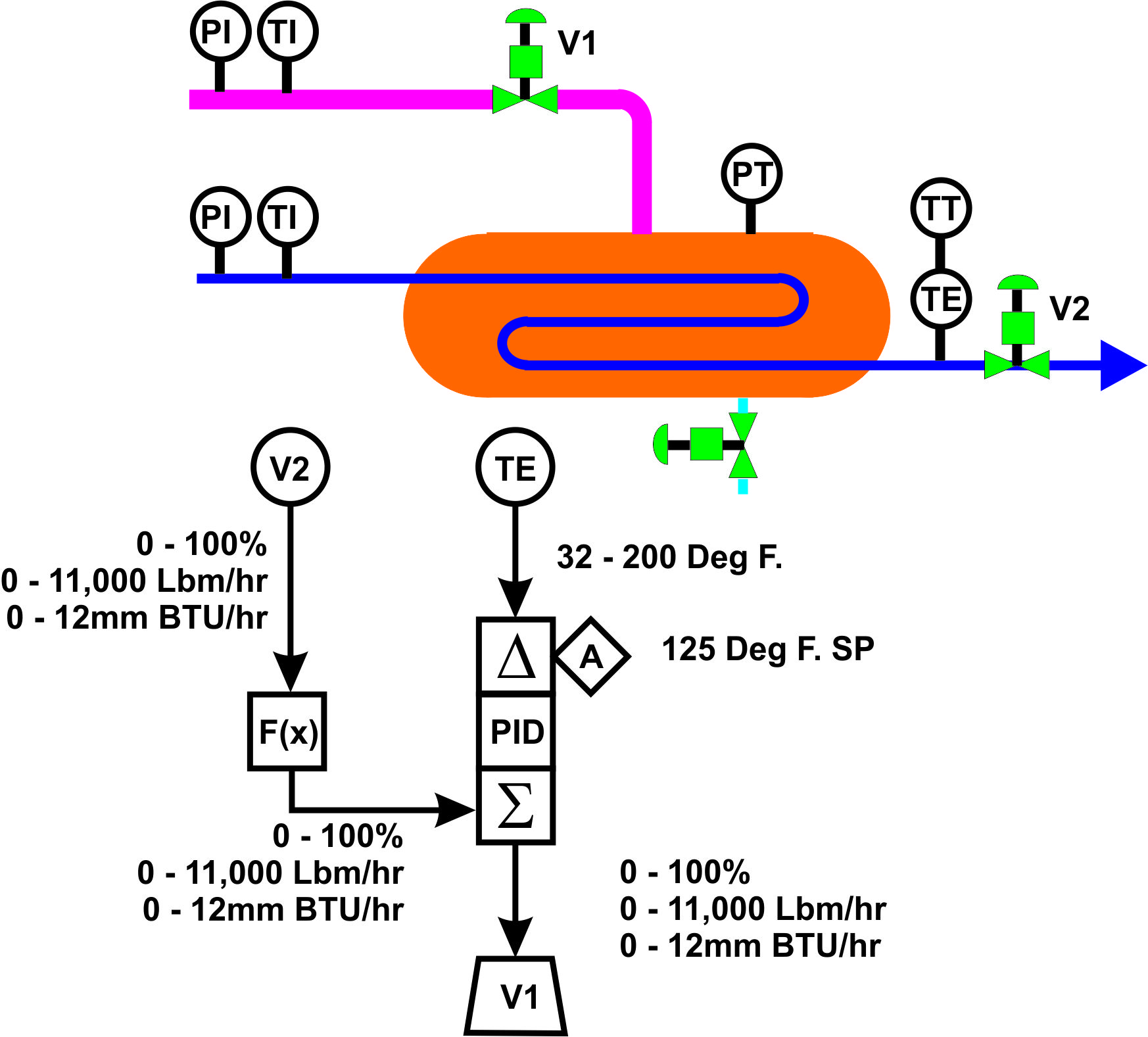 Since the process engineer had linearized the valves we could easily relate the water flow valve position to an appropriate position demand for the steam supply valve. The system was configured, scaled and tuned, the customer is happy with the change – time for another beer.

We receive a phone call approximately 3 months later and the customer informs us that the control performs better – but – there is a problem when the water inlet pressure to the heater changes and the water valve position does not accurately represent the flow through the system.

They ask for a change to correct the problem.